Expert forensic analysts closely examine individual characteristics on a microscopic level to identify criminals and verify document authenticity. There have been a number of criminals suspected, caught and convicted based on nothing more than a tiny simple blood spatter or how a suspect might even write their J’s on a ransom note. 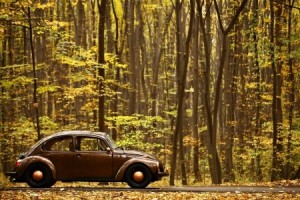 Machine Gun Kelly
Many are under the impression the practice forensic analysis is a more contemporary practice. However, dating back to 1933, police were able to bring down George “Machine Gun” Kelly with the fingerprints left by one of his kidnapping victims. Spanning the Prohibition era, Kelly was a notorious bootlegger, kidnapper and extortionist.

In 1933 at the pinnacle of his terror, he had kidnapped a wealthy and, unfortunately, crafty oilman known as Charles Urschel. Having extorted the Urschel estate for a $200,000 ransom, the oilman was released nine days later, unharmed. Kelly was Scott-free, $200k richer… or so he thought.

The oilman wasn’t a slouch when it came to attention to detail. And he didn’t make a legitimate name for himself being anything less than smart and quick on his feet. The victim was blindfolded the entire time he was in captivity. Regardless, taking note of every possible observation he could, including the time of day he heard planes overhead, allowing the FBI to pinpoint the relative location of captivity. Just to be sure, Urschel was conscious to intentionally leave as many fingerprints as possible to seal Kelly’s fate, who died in jail 21 years later.

Ted Bundy
Having committed a suspected 40 or more murders, Ted Bundy was quite the prolific serial killer. Charming, good looking and smart, it was easy for Bundy to lure his numerous, unsuspecting victims. Despite the astronomical number of women killed at his hand, he left behind very little physical evidence.

Having been picked up by Colorado Police for nothing more than a single kidnapping charge, Ted Bundy actually escaped custody. Having made it all the way from Aspen Colorado to Florida, he would actually seal his fate, leaving his first traces of physical evidence. Blazing a trail from Aspen to Denver, Chicago, Detroit, Atlanta and finally, Florida, Bundy committed 3 more murders.

During the course of his run across the Midwest and the South, he made one seemingly small but detrimental mistake, having left bite mark impressions on one of his victim’s bodies. Able to match his easily identifiable chipped front tooth to the bite mark, expert witnesses for the prosecution were able to effectively testify with sufficient evidence. A markedly miniscule impression brought down one of the most notoriously intelligent sociopaths in modern criminal history.