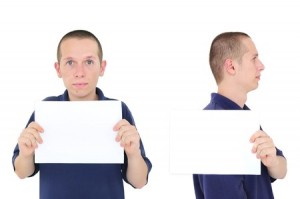 Many of the crimes we see committed today are serious offenses such as murder, vehicular manslaughter, assault or even burglary. When we think of crimes being committed, rarely do we ever think of something being stolen through the use of forgery anymore, but as we’ve seen in the past and in Spielberg’s famous movie Catch Me If You Can, Frank Abagnale was a mastermind behind the forging efforts. Furthermore, what we believe in this film to be mostly a farce actually ends up being mostly accurate, Abagnale was indeed a master thief through the use of fraud.

Frank W. Abagnale, a once highly sought after forger back in his day can attest to the fact that money is stolen all the time through the use of forgery. Abagnale began his own life of crime when he was only a teenager by first altering the age on his license to make himself appear 10 years older than he really was. This was accomplished by just changing a single number on the identification of the individual.

This then lead Frank to the idea of opening up his own bank account, and when we say his own we mean his own. Frank would print his account number in magnetic ink on the deposit slips and return them to the bank counter. By the time they realized this forgery, Frank had made nearly $40,000 or more and would have changed his identity already.

With this strategy, Frank would work the system for more than $2.5 million, and would become one of the most wanted criminals in the world for the Federal Bureau of Investigation. After serving five years in Prison throughout various countries, Frank would start a normal life and become a leading consultant in the area of document forgery and fraudulence in the FBI for more than 25 years. Frank would then go on to teach how to detect forgery, avoid consumer fraud and prevent crimes like these.