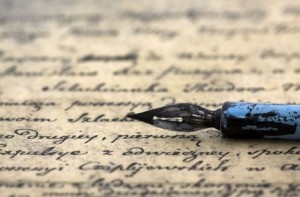 You may not think about it as you scribble your grocery list on a notepad, but those letters you’re using weren’t always the way people communicated. Ancient civilizations like the Egyptians used hieroglyphics, messages with a mixture of alphabetic and representational images to convey messages. Even as recently as Colonial times in America, when writing was considered a skill set that only few had, letters and handwriting varied drastically from one class of society to another. A recent article by The Atlas Obscura tells us more.

During Colonial times in America, reading was valued as a more important skillset than writing. Most children learned to read at home from a family member who used the Bible as their main tool. Once a child could read, only very few were then taught how to write.

People who learned to write often did so because their profession demanded it – lawyers, doctors and those with religious duties were often the only people who could write. However, as literacy increased among the residents in the 13 colonies, so did peoples’ interest in the act of writing. And they didn’t focus so much on what they were actually writing about, so much as how they were writing their letters.

As a result, many distinctive handwriting styles arose among the different groups of Colonials who were writing. For example, merchants might learn “round text,” which was a thin line with a slight tilt, or “round hand,” which was a more embellished version of round text. Women would learn a different and more delicate handwriting style. Ornate capital letters and flourishes acted as personal signatures or trademarks.

With all the varying styles of this time, and the way that someone might insert a personal signature or flourish into their capital B’s, oftentimes, you can tell who wrote a document simply by looking at the lettering. If you aren’t able to narrow it down to a specific person, you can often at least identify their profession by just their font style alone!

As the years went on and the educational system grew, literacy increased and handwriting became less and less proof of one’s social status. Handwriting today cannot provide the expert clues to one’s class, however it does allow the trained and experienced examiner to eliminate or identify possible the author(s) of a body of disputed writing.

Can you imagine if all lawyers had the same handwriting style, and all businessmen had a different one still today? Perhaps every time you saw Arial font in an email, it was a message from your doctor, while your church only sent out missive in Times New Roman – what a world that would be!

If you have a questioned or disputed document that you would like to have examined, our handwriting experts may be able to help you. To learn more, call us today at 844-373-9522!