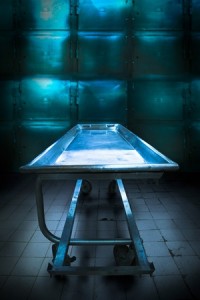 Expert forensic analysts closely examine individual characteristics on a microscopic level to identify criminals and verify document authenticity. The numerous criminals suspected, caught and convicted based on nothing more than a writing sample or a single strand of hair is astounding, a number that will continue growing.

Robert Durst
Robert Durst was suspected of murdering Susan Berman ever since her murder in 2000. But there was no physical evidence tying him to the case. Found dead with a gunshot to the back of the head, Berman was a longtime friend to Durst. But letters between the two suggested they didn’t share the friendliest of relations.

Among the evidence against Durst is a handwritten letter sent to Berman in 1999. The writing in this letter was matched to an anonymous note sent to Beverly Hills police at the time of Berman’s killing, using identical block form writing with all capital letters. It not only informed the police of information only the killer would have known, but also shared the same misspelling of Beverly Hills; “Beverley Hills.”

In 2005, well after the BTK case was ice cold with no leads whatsoever, Rader was suddenly a prime suspect. That’s because it was then he initiated a series of communications with the media.
Though the ace in the hole for the prosecution was tracing contact information Rader inadvertently provided police on a computer floppy disk, once he was tracked they were also able to forensically match a series of handwritten letters. These were the handwritten letters he sent to police in order to communicate and garner media attention and strike fear into the hearts of the public. It was ultimately this need for media attention- along with his ignorance- which finally put him away for life.