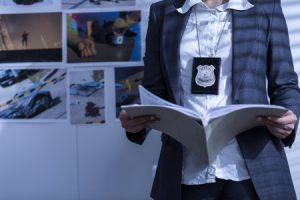 Handwriting is something that many people take for granted, but there are many cases where it is important to discovering the truth about a hand-written document. In some cases, handwriting can even have an impact on a case, even swaying a court’s decision. Let’s look at a prime example of how handwriting can make or break a case.

Written documentation is important in many civil and criminal cases. While many documents are now generated electronically, many are also still created the “old fashioned” way with a pen and paper. In one recent criminal case from the U.K., handwriting turned out to be critical to the defense.

A man in Bedfordshire, England was charged in 2001 with trespassing in search of game after he and another man were spotted on private land. According to reporting from the BBC, the police officer prepared a written report in the case that accused the man of illegally coursing for hare. At the trial, the accused man’s attorney argued to the court that the police officer’s handwriting on the report was so poor that he was unable to read it to prepare a defense. The court agreed with the defense attorney, and ruled that the illegible handwriting on the report resulted in a breach of the defendant’s human rights. The police department later said that they had never before encountered a case like this.

While this criminal case may be a bit unusual, it does highlight the importance of handwriting and its role in many court cases. While sheer illegibility is certainly a rare exception, handwriting comes into focus more commonly in cases of forgery or questioned documents. Hand-written notes and copy plays a role in many legal cases, and in many instances, it is essential that documents are analyzed and examined by a properly trained document examiner.

At Drexler Document Laboratory, we provide a variety of expert services, including document forgery detection, handwriting comparison, and analysis and examination of questioned documents. We provide assistance in civil, criminal and private inquiries. Contact us today by calling 844-373-9522 to discuss your case.